What do we do as researchers?  I’m a post-doctoral research associate in the University of Hull’s Department of Geography, Environment and Earth Sciences and I’m a social scientist.  This generally involves speaking to people as part of ‘doing’ research, although there are lots of research methods in social sciences which don’t involve directly speaking to people.  Here I’m writing about my experiences of ‘doing’ research outside of the UK, from a current project in Germany and some of my PhD research in Italy.  In particular, I’m thinking about how social scientists speak to people in other countries when they aren’t necessarily fluent in those languages. 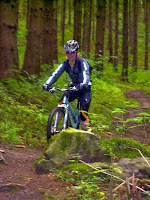 I never thought my A-level German would be of much use beyond school, but almost 18 years later I found myself refreshing my memory so that I could go to Germany to do a research project.  Part of that preparation involved a mountain biking holiday with my husband to the Black Forest where I found that I could remember more than ‘hello’ and could even hold a basic conversation, much to my surprise. 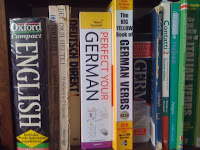 On returning from this, I swotted up so that I felt a bit more comfortable about living in Germany for almost a month to conduct interviews with green building businesses and policy makers in Germany, from Freiburg-im-Breisgau to Berlin, and Dresden to Cologne. 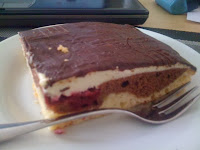 Admittedly, many Germans speak impeccable English but I still had cause to use my German in navigating everyday life in Germany (in particular, buying cakes!).

My grant for this work in Germany (from the British Academy) included a small budget for translation in the field, but as has been written elsewhere, doing research through someone else’s ‘voice’ comes with its own issues.  In particular, social science research which involves in-depth and detailed conversations in other languages can potentially cause problems, from causing offence to asking the wrong questions or not getting the ‘right’ data.  Working with interpreters who are specialists in languages but who are not necessarily familiar with your area of work and related technical or specific terminology (in my case relating to green building in Germany and local food in Italy, see below) can be quite challenging, and trying to make sure you find out what you need to but being reliant on someone else’s interpretation of what you actually mean can be interesting!  In Italy in particular, the translator would have quite long bursts of conversation with the interviewees and then only feedback a sentence or two to me, like a Monty Python sketch – interviews can be such dynamic interactions that if you’re not following it all you risk missing vital opportunities to ask questions.

As well as visiting Germany for research earlier this year, my PhD research involved fieldwork in a remote part of Italy, the Abruzzo region – stunningly beautiful but with very few English speaking people around.  I was lucky to have funding to take lessons in Italian and I love learning the language (I try to continue this post-PhD), but there is a difference between taking classes in the UK and trying to have detailed and specific conversations with specialists in their field.  Italy was quite different to Germany as only one interviewee wanted to speak in English – transcribing interviews in Italian and then translating to English was tough, but did really advance my language skills and vocabulary of Italian words.  In hindsight the extra few months I was allocated for this aspect of my PhD research wasn’t really enough since I started from scratch learning Italian!


This part of my PhD research was the bit which most worried me, and right from starting the PhD I was concerned about how I would set this up, whether people would respond to requests for interviews and whether I would be able to speak to them and understand them (quite apart from a month away from home without internet access and with patchy mobile phone coverage for a UK mobile).  It took quite a bit of setting up and a very early flight from Manchester airport, but the people I interviewed were incredible, and welcomed me openly – they were very interested in my research and were happy to tell me their experiences of local food systems in their part of Italy.  My PhD research was looking at local food systems and the contribution they can potentially make to rural development – quite different issues came up in Italy compared to my UK study area of East Yorkshire.  The photos below illustrate some of the differences in landscape and therefore the potential for different types of farming and food production.

How and why did I choose to visit these particular places?  With my PhD research in Italy it had already been decided that the Abruzzo region would be the case study region, based on a long standing relationship between the University of Hull and a group of local food producers running a cooperative called Parco Produce (Produce from the (National) Park).  The area also has a LEADER rural development programme (funded by the EU) like my case study region of East Yorkshire in the UK.  For Germany, this idea came out of research interviews with green building businesses in the UK who repeatedly stated how advanced Germany is in many areas of green building (interestingly, many Germans stated how advanced the UK is in terms of straw bale building!).  Germany is a pretty big country, so I started to research on the internet which areas would be good to visit - Freiburg was fairly obvious as it promotes itself as a leader in green building, but I also found interesting clusters around Cologne and the Rhineland more generally.  I also visited some of the national organisations based in Berlin and Stuttgart.  There was plenty more I could've done in Germany but I only had funding for three weeks in Germany which limited my possibilities...another time perhaps!

I was surprised when I went to Italy 4 years ago how different it was to where I was used to living – I stayed around the Sulmona area (think The American with George Clooney), which is mountainous with dispersed rural populations.  I was definitely recognisable as ‘not local’ but everyone was really friendly, and wanted to know where I was from and what I was doing.  Germany was a different experience as I mostly stayed in towns and cities which were, on the whole, more impersonal and apart from meeting up with interviewees and colleagues from German Universities I didn’t really get to meet ‘local’ German people.  I travelled to and from Germany without flying (bus, boat, train, tram etc.) and this was where I met more people.  ‘Doing’ research outside the UK is a great opportunity to complement knowledges and experiences of the places we’re used to with those we’re not used to – it’s definitely not a jolly but can be really good fun!  I’ve previously written a blog post about the German research (http://gees-talk.blogspot.com/2013/08/building-green-homes-what-does-this-mean.html) and there’s one in the pipeline on my PhD research too...