Traces of tradition: looking for coppicing in the pollen record

Humans have been managing woodlands for a long time - archaeologists have found evidence for woodland management dating back 7000 years or more.  In historical times, one of the most widely used types of management was coppicing, the practice of cutting shrubs down to ground level to encourage the regrowth of many even-aged shoots.  This produced wooden rods of fairly even, manageable size for a huge variety of purposes; firewood, making hurdles and fences, stool and chair legs, walking sticks etc.  The length of time between harvests varies from three to over thirty years, depending on the species of woody plant involved and the desired size of the product.


In most woodlands, not all trees were coppiced. Some were allowed to grow into mature, single-stemmed adults ('standards'), to provide a source of larger timber for things like roof beams and door posts, tables and ship-building.

﻿
Today, coppicing is mainly used as a conservation measure.  Managed woodlands were and are usually divided into sections, called compartments or panels, and one compartment is harvested each winter.  This means that the woodland contains a mixture of areas with different ages of regrowths, providing a range of habitats, which increase the biodiversity of the woodland.
﻿﻿ 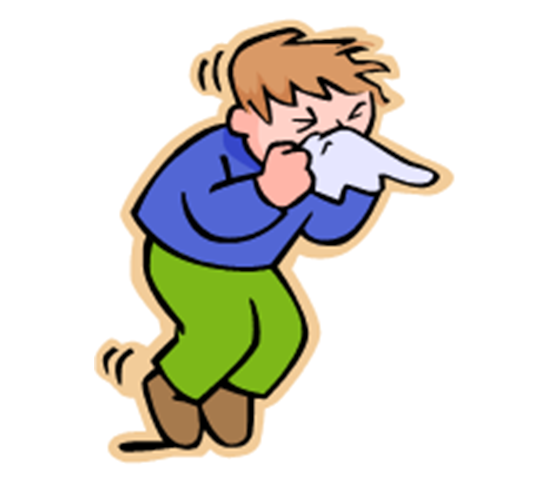 Any hay-fever sufferer will know that pollen is produced in large amounts and widely dispersed!  Some of those pollen grains end up falling into lakes or bogs and becoming part of the sediment layers forming in those waterlogged conditions.  The pollen analysis technique consists of collecting cores of sediment and extracting the pollen assemblages from layers of different ages, then using those assemblages to find out what the vegetation around the lake or bog looked like at the time when the layer was being formed.  The reconstruction process is not simple, and quite a lot of my research is concerned with trying to improve our ability to reconstruct past vegetation from pollen records or, as I like to think of it, improving the view out of the windows of a muddy time machine.

One of these projects involved working with Professor Martyn Waller at Kingston University and Dr Michael Grant, who was a post-doctoral researcher at the time, to try and improve our ability to spot whether coppicing was happening from the pollen record.  By learning more about how widespread coppicing has been in the past, how ancient the practice really is, and reconstructing the histories of individual woodlands, we hope to help improve the management of coppiced woods and conservation decision-making.  We used four different approaches to explore the effects of coppicing on pollen production:

1) studying when coppice regrowths began to flower, and how much pollen they produced.  Lime trees (Tilia cordata) took up to eleven years after being cut to produce even one flower on a whole coppice stool, whereas some hazel (Corylus avellana) flowered in the first year, and young regrowths (2-7 years) actually produced MORE flowers (and more pollen) than older ones, perhaps because as they grew taller they also began to shade each other more.﻿﻿
﻿﻿
﻿
2) using a computer model of pollen production, dispersal and deposition to see how these changes in flowering behaviour might affect the pollen record of a woodland pond depending on the coppicing regime practiced in the woodland.

3) setting out pollen traps to collect pollen for a whole year in coppice compartments of different ages.  The picture shows a 'Tauber trap' in the background, waiting patiently whilst a hole is being dug.  The traps were partially buried so that the opening was nearly at ground level. 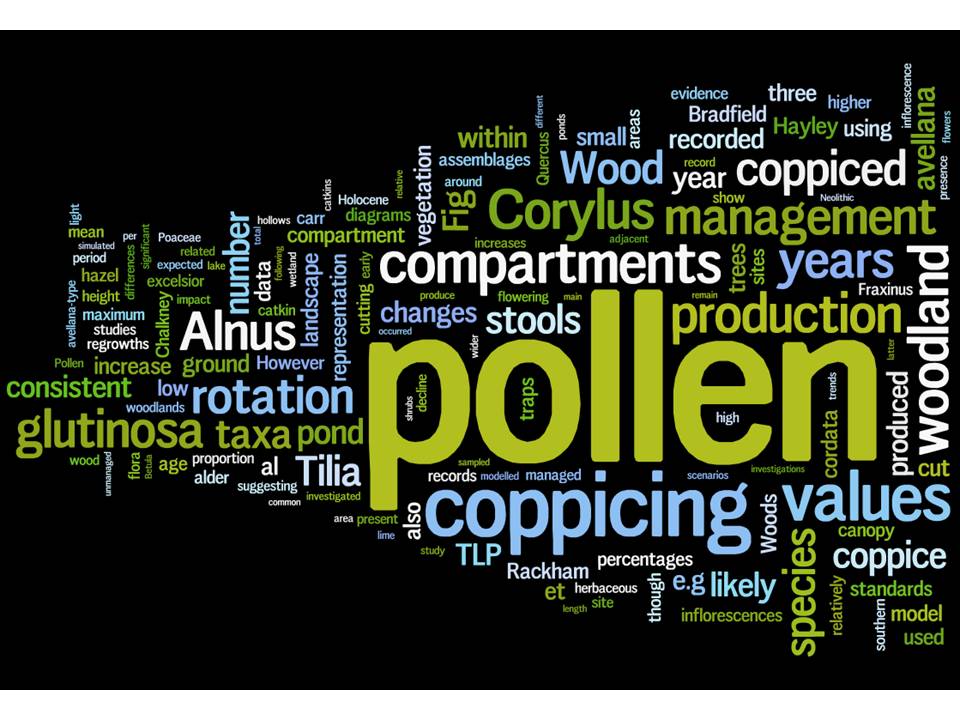 The first paper from this project summarised the findings from all four methods, and had to conclude that there is no one simple answer.  That doesn't mean that coppicing is invisible to the pollen record - we are continuing to analyse our data, hoping to find out more about the effects of coppicing on flowering behaviour and on the pollen signal.

Reference: Waller, M., Grant, M.J. and Bunting, M.J. (2012) Modern pollen studies from coppiced woodlands and their implications for the detection of woodland management in Holocene pollen records. Review of Palaeobotany and Palynology 187, 11-28