Cooking up an App

Creating and testing digital tools such as apps is one of the research objectives of what we refer to as the DE:FT project or, to use its title in full, ‘Creating trust through digital traceability: sustainable food chains and new ways to connect producers and consumers’, funded by the RCUK’s Digital Economy Theme ( see http://www.rcuk.ac.uk/research/xrcprogrammes/Digital/pages/home.aspx).
Whilst we are not in the business of creating anything commercial, one of the aims of the inter-disciplinary project we are involved in, (see www.deftproject.org.uk) is to test the effectiveness of digital technologies for enhancing sustainability in the food and farming sectors, reconnection, information exchange and for reconnecting food consumers and producers. Hence we are creating digital tools that we can trial in the field with lots of different potential user groups so we can observe how the tools are used in practice, using in-depth, qualitative social science techniques to engage users and secure their input through live testing ‘in the wild’ (online, on-farm, in-shop). Hopefully from the digital tools we develop we can explore their potential to support sustainability in agriculture, rural development and food consumption.
Why make an app and what are they anyway?  A good question and one which I shall attempt to explain through the course of this blog.   ‘App’ is an abbreviation for application.  An app is a special type of software. It can run on the Internet, on a computer, or on a phone or other electronic device.  An app typically refers to software used on a smartphone or mobile device such as the Android, iPhone, BlackBerry or iPad, as in ‘mobile app’ or ‘iphone app’. The phrases ‘Web app’ or ‘online app” are also used in a business setting— meaning software that can be accessed and used whilst online, via a browser, instead of software residing on a computer (such as Microsoft Word). 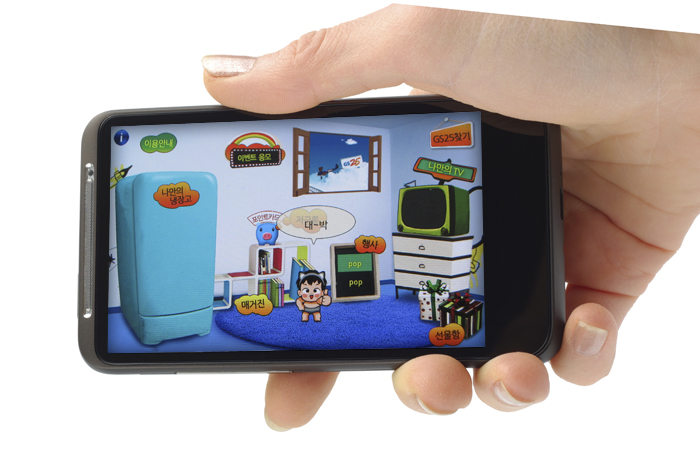 The image above is of an app for on-line virtual grocery shopping! Open up the app on your smartphone, tap on one of the icons and it will take you into a virtual supermarket where you can buy your groceries, check them out and then get them delivered. We won’t be attempting anything quite as sophisticated as this but it is a good example of how much can be done through apps.

So how to start? As social scientists app creation was a completely new experience for us but with help from a very patient computer scientist who is also part of the project, we took up the challenge and began making apps, a process not unlike making a cake – although there’s no washing up and you don’t end up with anything to eat before and after the process has been completed.  What follows is my app making ‘recipe’ and, with apologies to Blue Peter you can view the ‘ones we made earlier’ at Test our Tools on the deft project website. Have a look and leave feedback at the forum site.  There is also a questionnaire survey you can complete the survey on how you think about and buy food, in shops and online.

Ingredients.
Ideas were gathered at a Consultation Panel meeting of project partners who are key players in UK food, farming and rural development.  We initially started out with 12 ideas and by the end of the meeting we had whittled these down to three which were the ones we have developed as prototypes.
You will need:
‘Post it’ notes
Pencils
Coloured paper
Scissors
Crayons

Method (can take a week plus)


1.  Download ‘how to make a paper prototype’ from the internet.  No, really!, this web page and others like it proved invaluable and sets out the ways in which making an app can be approached. See http://www.paperprototyping.com/what.html if you want to start cooking up your own app.


2.  Have a cup of tea and decide who is going to play the computer and who is the user


3.  Practice saying ‘computer says no’ (with apologies to Little Britain).
4.  Each person takes an idea and, using ‘Post-its’ creates a very rough flow diagram of what they think the app should include, such as recipes, links to local food outlets.
5.   Feedback to each other, re-ordering ‘Post – its’, scrapping some, introducing others.
6.  Try them out on each other with one person being the computer.
7. ‘Open up the app’ by removing the ‘Post it’ to reveal the menu underneath then follow one of the options in the menu, seeing if it is viable to do and if it will link to some of the other options.
8.  Build in a ‘home’ button so it is possible to take each ‘Post-it’ back to the ‘home ‘page.
9.  Once this process has been repeated, reviewed and repeated again create a new iteration.
10. Allow your new creation to cool for a while whilst you have a cup of tea and think about where to go next.
11.  Start all over again until each phase in the app has an end outcome which can be related back to the aims of the app.
12.  Turn the ‘Post-its’ into powerpoint slides add in hyperlinks and external links.
13.  This is the stage where it becomes clear which slides do not link to each other or are too complicated.

Results
14.  Discuss with computer scientist and graphics expert to find that the app, whilst all singing and dancing, will need the resources of Apple or Microsoft to build and will take at least 3 years to make.
15.  Review and scale down the paper prototypes.
16.  Re-test power point slides and adjust where needed.

Discussion
Yes, well, there was a lot of that.  Once we had finalised our three prototypes, FoodCloud, Shopstamp and GradeBack, we put them on the website (see above) for further comments which can be left at the forum page.  We also took them to Bishop Burton, to an East Riding of Yorkshire Local Food Network event to test them with other audiences so that we are testing them ‘in the wild’ so we can then create further iterations in response to the feedback. The comments we have had already have been very useful as have the discussions we have had with other retailers and people involved in local food networks.  One of the biggest stumbling blocks we have encountered however is lack of mobile signal, especially in rural areas and until coverage becomes more uniform and accessible this will limit the use of digital tools in certain parts of East Yorkshire.  As one local resident of Pocklington put it, ‘well you’ve heard of these hot spots haven’t you? We’re in a ‘not spot’, so not very useful’.
We are still in the early stages of the research but are looking for new avenues to pursue, such as working with local schools, developing digital tools that will provide a link to where and how food is grown, how it is used and how it might fit into a healthy diet. Hopefully the apps can be developed so they can be integrated into parts of the national curriculum but in a way that they are fun and the children enjoy using them.
Please take a look at the website and leave your comments on our prototype apps. There’s also a link to a short survey on food shopping and the use of digital tools, so please complete that too!