This blog is prompted by the tragic death of my valued colleague and collaborator at the Centre for Social Research of the University of Malawi – James Milner. On 2nd September 2014 James was involved in a road accident while conducting fieldwork in the north of Malawi. He was hospitalised and later died in Mwaiwathu Private Hospital, Blantyre on 7th September 2014. The James I knew and miss was committed to his work, his family and his church.

James’s sudden death is a huge shock and loss to his family, friends and colleagues around the world. He worked as an economist for the Government of Malawi for five years and 19 years as a research fellow at the Centre for Social Research, University of Malawi. He studied as a postgraduate at Williams College in the USA and York University in the UK.

I worked with James on an ESRC-DFID funded project investigating young people’s use of mobile phones in Africa (available here). He joined the project team in 2012 and quickly became a valued colleague for his dedication, loyalty, dependability and thoroughness. We last undertook fieldwork together in January earlier this year when we spent several weeks running a large questionnaire survey with a team of research assistants. It was demanding work involving long days in remote communities, rough roads, heat, occasional malaria and even reluctant respondents at times. Our evenings were spent closely quality checking piles of completed questionnaires and closely monitoring research assistants’ performance. James’ contribution was vital to ensuring everything went smoothly.

During fieldwork we usually travelled as a team together with a driver and several research assistants in a Toyota Landcruiser and as I always do I regularly reminded everyone to wear a seat belt and encouraged those reluctant to use the seatbelts because they were dusty, difficult to adjust and uncomfortable that it is better to ‘Arrive Alive’. I am a passionate believer in the virtue of seatbelts having been personally in two vehicle accidents (overturned minibus on US fieldtrip; collision in Germany) where seatbelts saved lives and because I might have been orphaned as a child had my mother not been wearing a seatbelt in an accident at high speed on a UK dual carriageway. It is painful for me to know that last month James was not wearing a seatbelt and was flung from the vehicle sustaining injuries, while the front passenger (a visiting researcher from the London School of Hygiene & Tropical Medicine) and the University of Malawi driver who were wearing seatbelts escaped relatively unscathed. 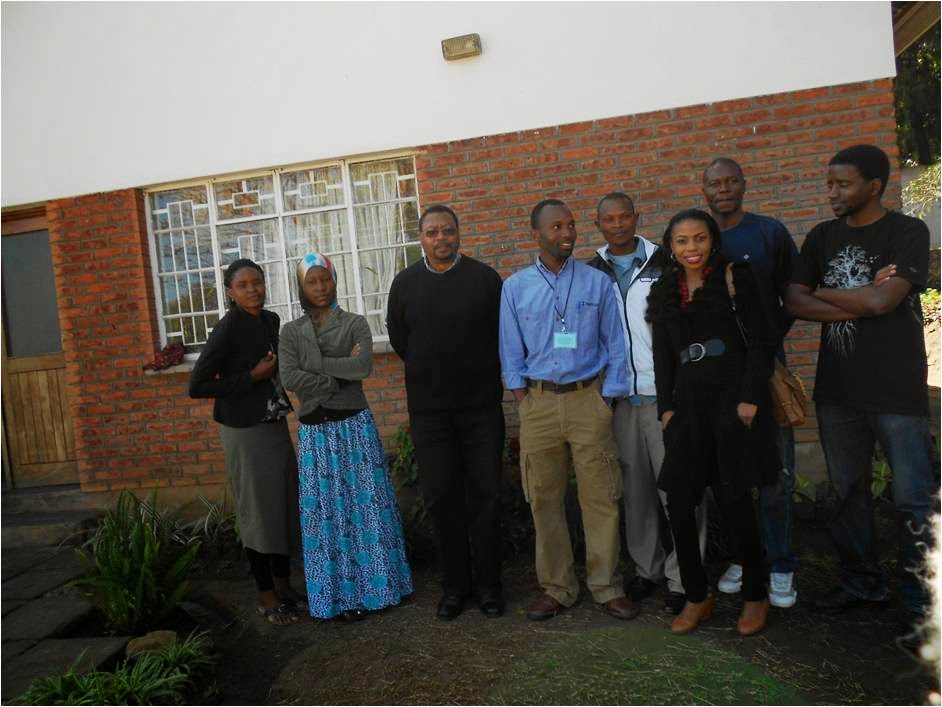 I took this photo in July 2013 during the qualitative fieldwork phase of the mobile phone project. James (wearing glasses, 3rd from left) is standing together with our hardworking team of research assistants during a break from transcription of interviews at the College of Medicine Guesthouse in Blantyre, Malawi. 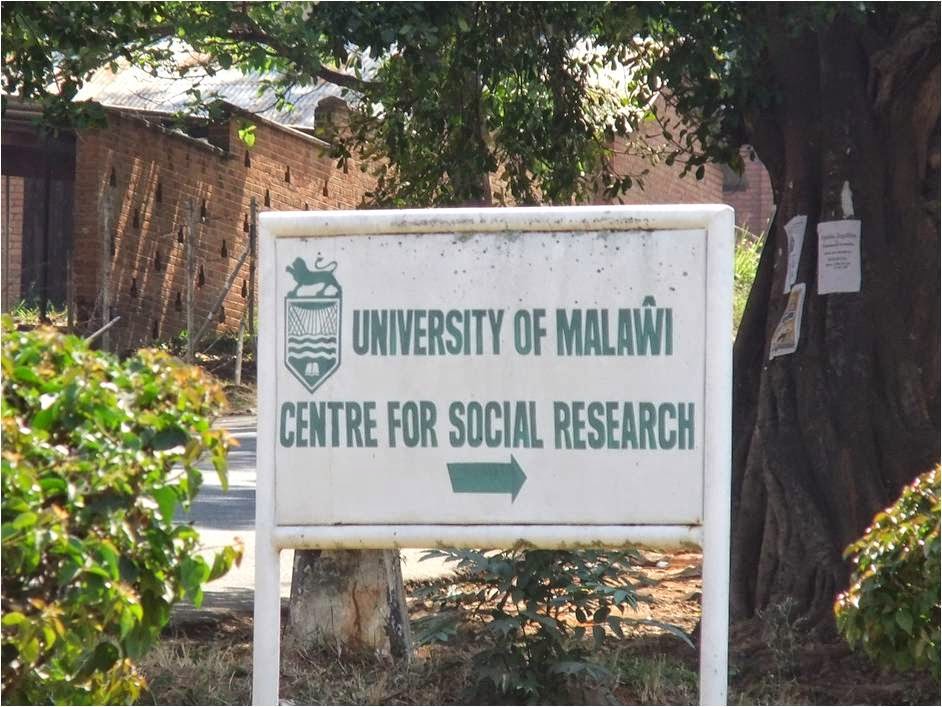 It is more than poignant that on the weekend of his death James was expected to be travelling to the UK to present at a DFID-ESRC event in London with a collaborator from Durham University.  Sadly, during the past three decades of my career James is not the first academic collaborator I have worked with in Africa who has died before old age. An academic geographer at University of Malawi, as well as two team members (one a young researcher) in Ghana at University of Cape Coast all died during or shortly after we worked together on collaborative international research projects. None of these died in road accidents I believe but HIV/AIDS is one of the top causes of adult deaths for both Malawi and Ghana along with stroke and heart disease which also kill plenty of people in UK too. I can recall only one colleague in UK I might have collaborated with if he hadn’t died of cancer in his 50s. Other UK colleagues continue to be academically active into their 70s and 80s.

Where the death toll from road accidents in Africa are concerned expatriates are also not immune. I knew two British geographers and long term Africa residents who died tragically in car accidents in Kenya and South Africa. Their contributions to research and teaching which might otherwise have been expected to continue for several decades longer were curtailed.

Mortality on Africa’s roads is shockingly high - Malawi has the 3rd highest rate of deaths from road traffic accidents in the world (here) exacerbated by poorly maintained vehicles and dangerous driving habits.

Are my experiences of the tragic loss of colleagues typical for researchers who work in the Global South and try to build up long term collaborative relationships? I suspect these experiences are not unique and there are similar challenge for those who work in Africa and other poor countries.
Posted by Unknown at 11:15