This City Belongs to Everyone

Recently, I was tasked with designing five workshops for our Foundation Science programme to introduce Geography specific material to those students planning on studying it in the future. For one of these workshops I plan on looking at our city, Hull, and its surrounding area, asking how, as Geographers and researchers, we can get involved in understanding and influencing these. I want to demonstrate to my students that whatever your research area you can be invested in your local area. 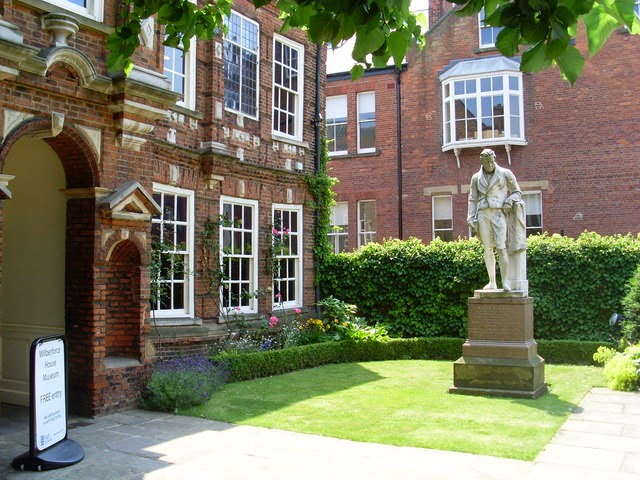 I began by hijacking a Departmental staff email discussion to ask "what do you consider to be the most pressing geographical issue facing Hull?", and I found the responses interesting, highlighting how different research specialisms cause people to think of our local area in different ways. So interesting, I wanted to share some of the responses here with you.

Myself,  I would say flooding and the increased pressure caused by rising sea levels. This was shown clearly by the storm surge of December 5th 2013 - the tidal barrier at the mouth of the River Hull had just 40 cm left to spare and the minimum sea level rise predicted by the IPCC to 2100 is 40 cm. Obviously, the city will need to invest in better defences or other solutions. I wrote about this in a previous post.

In mainly short replies, several of the Physical Geographers here agreed in their responses - 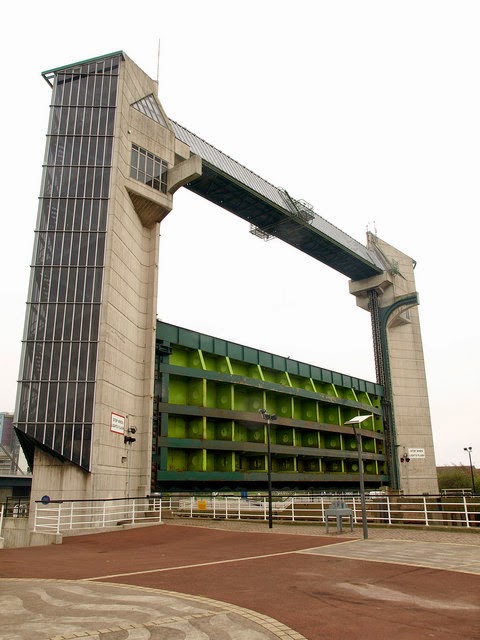 Professor Jack Hardisty, however, saw an opportunity to establish the city as the heart of the "Energy Estuary" as the most important issue. Many agencies are working very hard and with great success to create a hub of sustainable energy in the Humber, both in the construction of infrastructure (like the development of the Siemens off-shore turbine factory in Hull), and the generation of power, such as tidal generators.

Professor Jeff Blackford suggested "Economic inequality and lack of social mobility" to be the big issue, and he was supported by many of the Human Geography researchers.

“Flooding and relatedly, the feeling that the place was abandoned and left to rot in the aftermath of the 2007 floods.” - Dr Briony McDonagh

I like this quote from Briony as it highlights how the issue identified by the Physical Geographers, the flooding, is intrinsically linked to those emerging from the Human Geographers. The flooding in 2007 needs to be understood in the physical sense to find out what caused it and how it can be avoided in the future, but also the impacts on people and their perception of the city and its place in the country needs to be understood. I find Hull has a sense of abandonment by the rest of the country that was either started or was reinforced by the bombing during the Blitz (and subsequent lack of reporting) - this same sense emerged post-2007 that the city was ignored in favour of other areas after the flood. Indeed, the major flooding on the 5th December 2013 slipped under the nation's radar somewhat too. 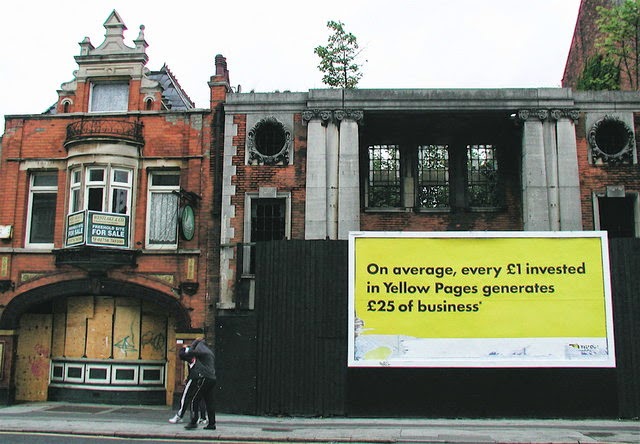 The National Film Theatre on Beverley Road was listed in 2007. It was bombed and burnt out in 1941 and was never repaired - it is one of the last remaining visible bombsites from the Blitz.
(© Copyright Paul Glazzard and licensed for reuse under this Creative Commons Licence)

However, one issue raised by Professor David Atkinson provoked a discussion. Here's his full response -

“The effects of the city of culture award before, during and after 2017

The elusive nature of place and ‘Hullness’” 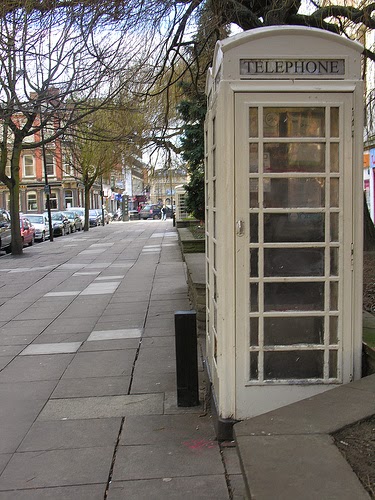 A different resonance - Whereas the rest of the country had iconic red phone boxes, Hull's were white (although the tourist office still sold red phone box souvenirs)
(Image by RM21, from en.wikepedia under Creative Commons Licence)

I want to pick up the issue of Hull as an under-bounded city. What does this means? It is down to the way the city boundaries are drawn that exclude some of the sub-urban areas around the city, like Cottingham and Willerby. These areas are more affluent than much of the city and are not included when drawing statistics for the city, or contributing towards Council Tax to run the city's services (which many of the residents in those areas will use). This is a relatively uncommon situation and negatively skews many of the statistical indices for the city and reinforcing its negative reputation in the country. There are plans to rectify this, but as you can imagine it is not popular in those areas that may go from being within the East Riding of Yorkshire region to being with the City of Hull.

Professor David Gibbs also felt this was the major issue and highlighted some of the controversy, suggesting that this would be an interesting topic to look at as part of a workshop.

“I agree with [Professor Atkinson], the under-bounded nature of Hull and the debates between Hull and the [East Riding of Yorkshire] would be good and lots of on-line debates to tap into on press websites – see the Hull  [Daily Mail] website for a good deal of lively debate in the comments section!"

This issue was also picked up by Dr Kevin Milburn. Here is his full response -

“For a long time it seems the city’s location has been a handicap (or at least perceived as being such), to which I must also lob in the relatively poor transport connectivity of the city, especially to other cities and towns in the North. It feels like it would almost be quicker to get to, say, Grimsby or York, by unicycle than public transport. Now, however with renewed interest in the opportunities offered by the estuary, most obviously demonstrated by the recent Siemens investment announcement, perhaps Hull’s peripheral location might actually start to be something of a plus point. The city’s isolation/'end of the lineness’ – and supposed subsequent uniqueness – was interestingly used as a positive by the Hull 2017 bid team.

I also agree with the points raised re. Hull’s boundary and the impact this has on where Hull finds itself on national league tables re. schools, poverty, unemployment rates etc. I find it bizarre that somewhere like Romford can be considered, administratively at least, part of London (it doesn’t get more Essex!) and yet Cottingham, for example, is not part of the Hull metropolitan area.” 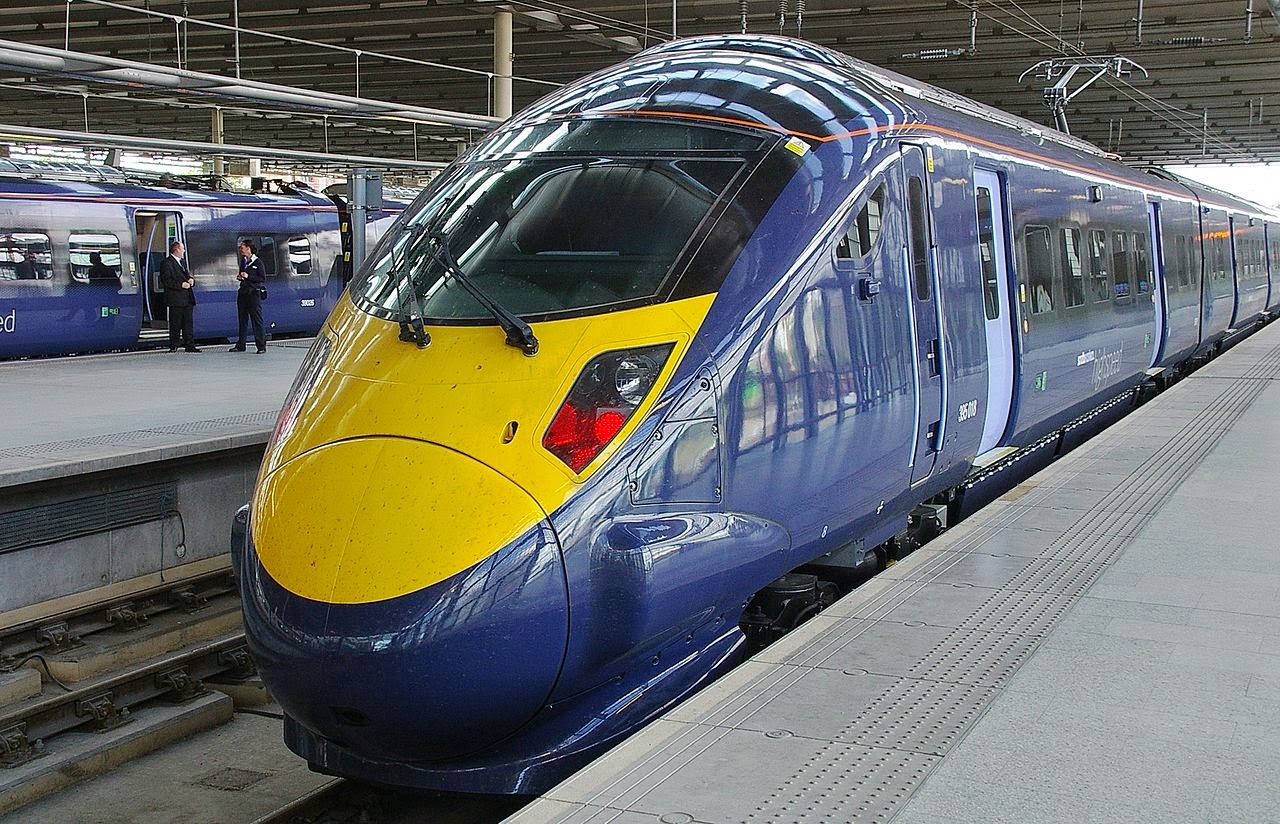 HS3 - Could a high speed rail link between Manchester-Leeds-Hull improve the city's connectivity?
(Image by mattbuck, from en.wikipedia under Creative Commons Licence)


David Atkinson raised further points that might contribute to the sense that Hull is dislocated from the rest of the country, something picked up above by Kevin -

- the sudden collapse of the fishing industry in the 1970s and 1980s, and the failure of national government to protect Hull's interests (as perceived by the locals)

- the decline of some other, traditional, heavy industries with limited central government assistance in the 1980s-2000s

I found this exercise really interesting and really insightful, and I look forward to seeing how the people involved above shape their future research in order to investigate the issues they've highlighted. I can't speak for the others, but I am sure it is true, but I love this city, my city, and whilst we're not blind to its issues and problems, we embrace its wonderful character and personality which, honestly, is unlike anywhere else in the world - that's partly why we won, and were so proud to win, the City of Culture status for 2017. Nothing sums it up better than the bid video - This City Belongs to Everyone.

I think my students are going to find the responses useful and I plan on having an enjoyable and lively discussion about them during the workshop.
Posted by Chris Skinner at 11:33