Dr Hannah Awcock has been a Lecturer in Human Geography at the University of Hill since January 2019. Hannah is interested in the cultural and historical geographies of resistance. Here she uses protest stickers to investigate Hull’s radical culture.

Stickers of all kinds are a common sight on the streets of towns and cities across the world. Stuck to lampposts, bins, utility boxes and other street furniture, most people probably don’t give them a second glance. Stickers on the street are temporary; some are gone in days, removed by people who didn’t like them or who picked them off when they got bored waiting for a bus. Others take months or even years to disappear, gradually erased by the weather or covered up by more stickers. Stickers come in a huge range of shapes, sizes, and designs: some are handmade whilst others are printed; some are only text, others use a combination of text and images; some are black-and-white, but most use colour. They are used for a range of purposes, including advertising and street art. Sometimes their purpose isn’t clear. I am interested in stickers that make a political statement; I call them protest stickers. Activists and campaigners use protest stickers as a way of claiming space and publicising their message. They can tell us a lot about how activists and protesters engage with public space. 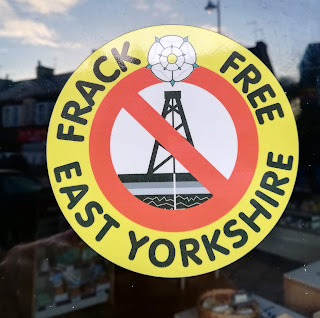 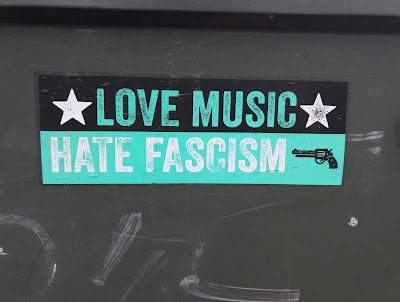 Anti-fascism is one of the most common topics of protest stickers—there is a strong tradition of ‘stickering’ amongst anti-fascist groups. There is also a strong association between anti-fascism and music, as this sticker suggests. 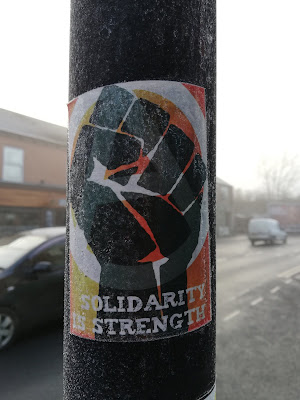 Whilst a lot of protest stickers relate to specific issues, some are quite general. This sticker is emphasising the importance of solidarity, one of the core concepts of activism of all kinds. Solidarity is the practice of offering practical, financial, and moral support to other activist groups and campaigns. The white ‘A’ in a circle is a symbol of anarchism. 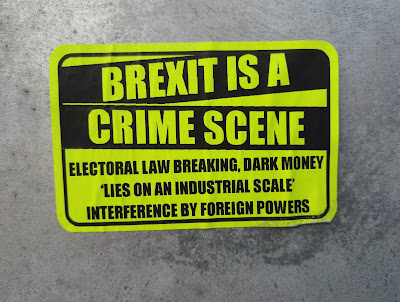 Since the EU Referendum in June 2016, Brexit has been a popular subject of protest stickers, produced by both Leavers and Remainers. This sticker is produced by the EU Flag Mafia, which sells a wide range of anti-Brexit merchandise (you can by 100 stickers for £6 if you are interested, and they have several different designs). 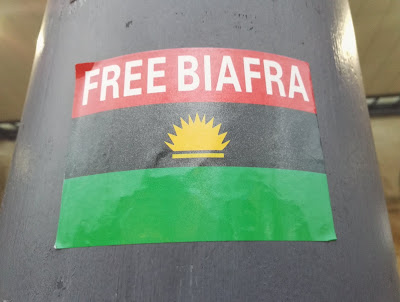 This is one of the most unusual sticker topics I have ever found, and I have never found this sticker anywhere else but Hull. Biafra was a secessionist state in eastern Nigeria between May 1967 and January 1970. Biafra’s attempt to become an independent state sparked the Nigerian Civil War. The Nigerian military government effectively starved the people of Biafra into submission, and they surrendered. Some groups still continue to campaign for Biafran independence, and I would love to know what the connection is between these campaigns and Hull! 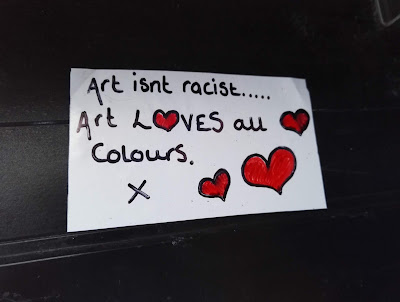 This is an example of a handmade sticker. It is playing on the double meaning of ‘colour,’ referring to both race and the more literal interpretation, as in red, blue, yellow, etc. 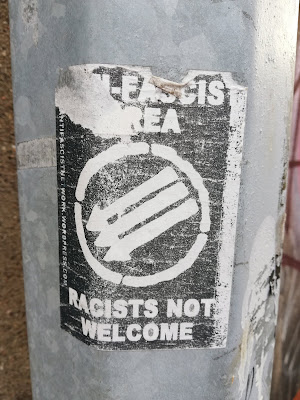 This sticker was produced by the Anti-fascist Network, but it is also promoting an anti-racist message. Three slanted arrows in a circle is a common symbol used by anti-fascist groups. It shows how protest stickers can be territorial, by claiming the surrounding area as an anti-fascist space. 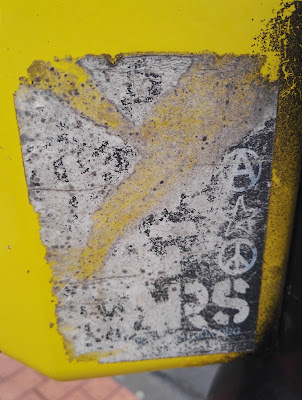 This sticker demonstrates what can happen when stickers are not removed quickly. It has been partially peeled off, and large parts of the rest have faded away. I have seen this sticker before, so I know what it says. It reads “Fight War not Wars,” which is derived from the popular 1960s anti-war slogan “Make Love not War.” 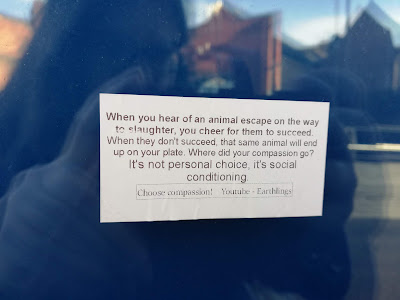 This is another sticker that I have never seen anywhere else but in Hull. Protest stickers promoting vegetarianism and veganism are relatively common however. This sticker is encouraging the viewer to watch Earthlings, a 2005 documentary about how humanity uses animals in a variety of ways. Its design is simple and there is quite a lot of text. On way of analysing stickers is to think about how effective their design is. For example, which of the stickers in this post do you think is most likely to make you stop and read it if you saw it in the street? Why is this? 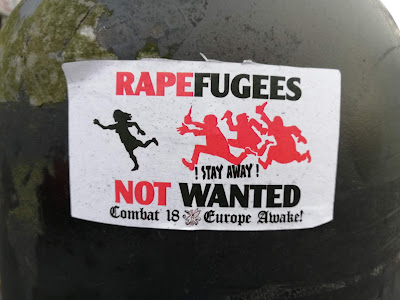 Most protest stickers are left-wing and/or progressive. Sometimes, however, I come across a particularly unpleasant sticker like this one. It is accusing all refugees of being prone to violence against women. In recent years, women’s rights have increasingly been used as an excuse for anti-immigrant sentiment, which could be related to the rising number of women in right-wing groups. The sticker was produced by Combat 18, a violent neo-Nazi terrorist group formed in the UK in 1992. 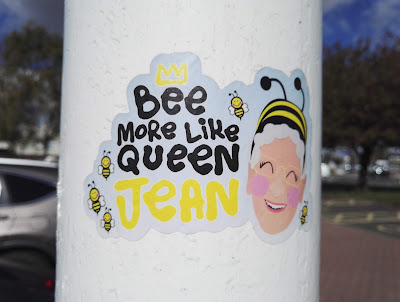 This isn’t strictly speaking a protest sticker, but I wanted to end on a positive note! Jean Bishop is a local hero in Hull, having raised almost £120,000 for Age UK over the last two decades armed only with a collection tin and a bee costume. She has been an inspiration to the city for some time, and in 2017 was awarded and British Empire Medal for her efforts.

In this post, I have attempted to show the wide variety of protest stickers that can be found on the streets of Hull. Perhaps next time you are out and about in the city, you will start to notice them too!

If you would like to see more of the protest stickers I have found on my travels, you can view them on my blog: https://turbulentlondon.com/category/protest-stickers/