Now, I've done my fair share of the type of fieldwork that Karen recently blogged about here. I've spent long, miserable days with my wellies full of cold, smelly bog water, being tormented by seemingly thousands of midges trapped on the inside of my midge veil. There were actually quite a few sunny days on many of my previous field trips, but in most of the places I worked sudden changes of weather frequently occur, meaning that waterproofs and fleeces could never be left behind. So when I was offered a job as a research fellow on the FRAGSUS project at Queen's University Belfast, I was very excited - not only was it a really interesting project based in a great department, I would get to do fieldwork in Malta. Sunshine! Warmth! No more lugging around a ridiculously heavy rucksack stuffed full of clothing to cover all eventualities of cold/wet/wind/sun/hail/snow/hurricane (perhaps I exaggerate a little). 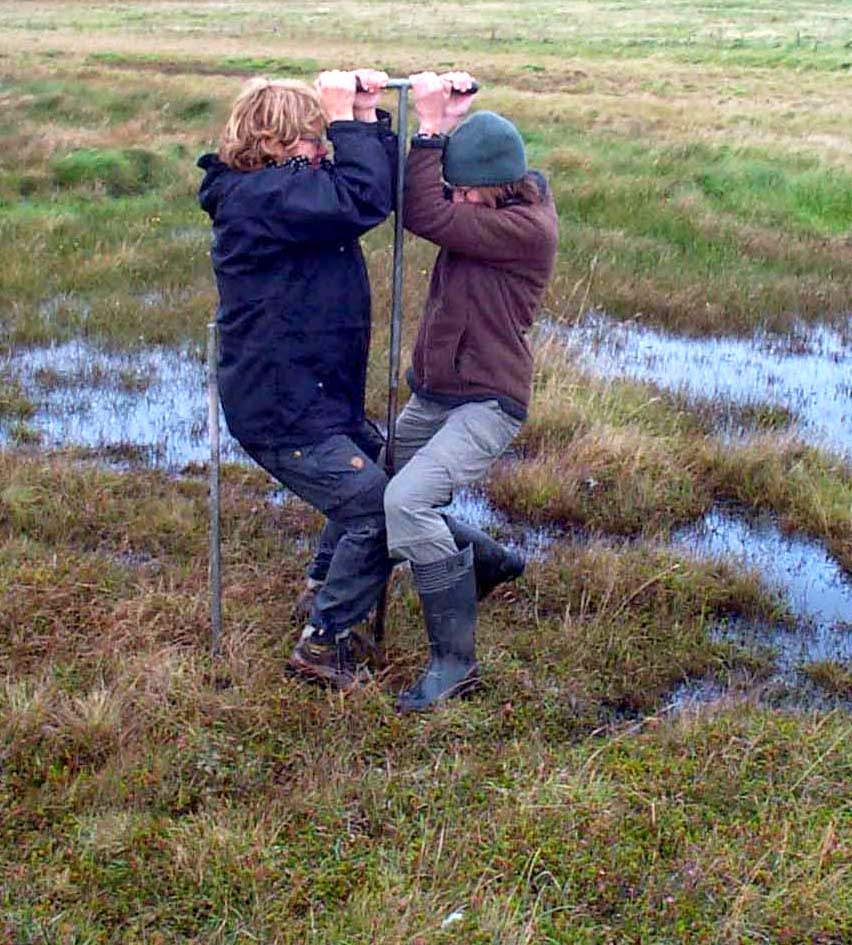 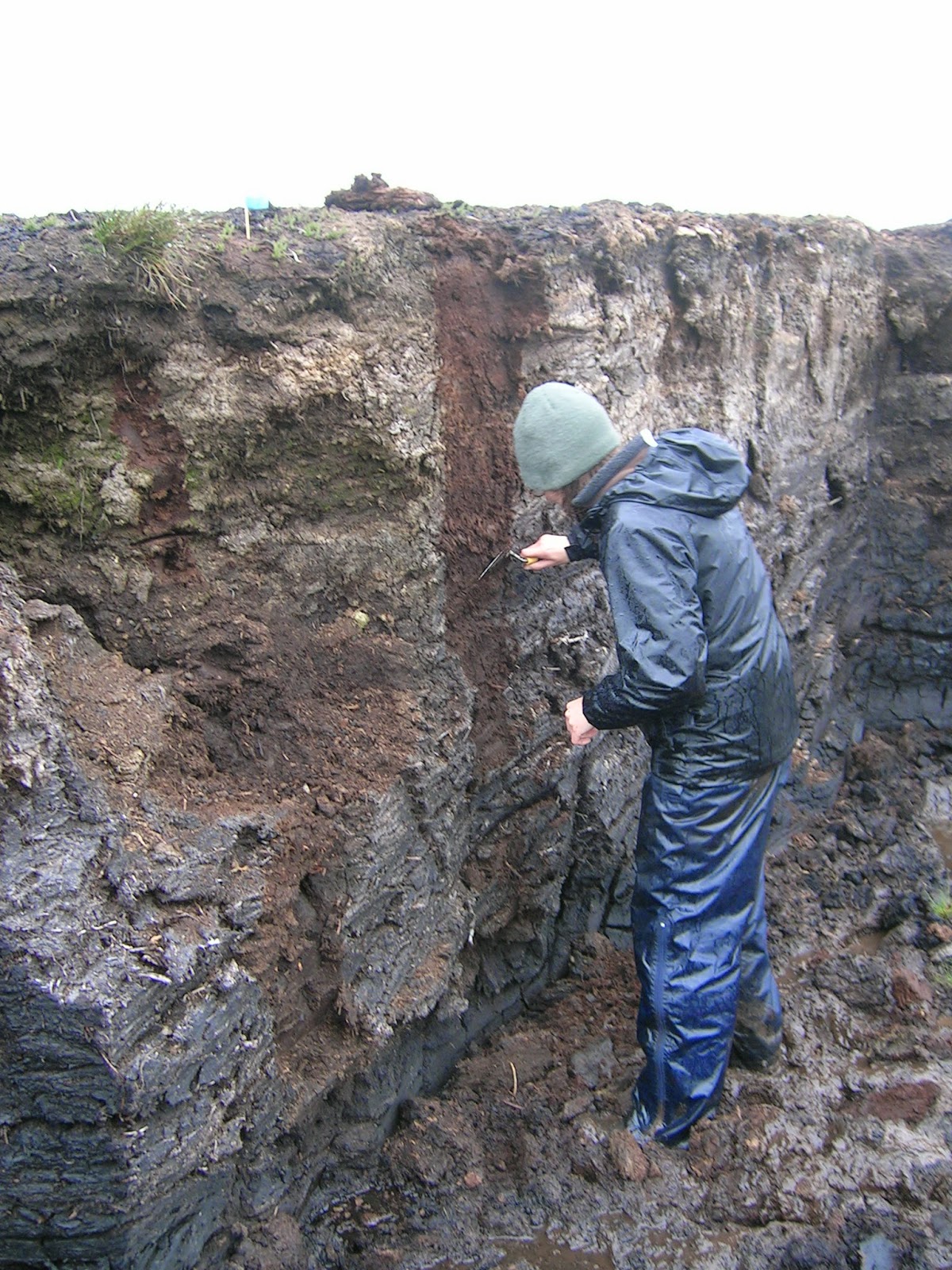 Fieldwork of the cold, soggy variety in Orkney: cleaning a peat section prior to sampling, and coring at another site

FRAGSUS (Fragility and Sustainability in Restricted Island Environments: Adaptation, Culture Change and Collapse in Prehistory) is a multidisciplinary research project funded by the European Research Council. The project involves archaeologists, palaeoecologists, geoarchaeologists and numerous other specialists, and aims to explore the relationships between changing environments, natural resources and the rise of complex human social systems. We hope to be able to understand more about how and why people invested in the construction of substantial monuments, such as the UNESCO World Heritage status Maltese Temples, in what was presumably a relatively resource-poor, small island environment. It is also hoped that the project will provide insights into the processes, be they socio-economic, environmental, or a combination of factors, that ultimately led to the collapse of the Temple Culture at around 2500 BC. 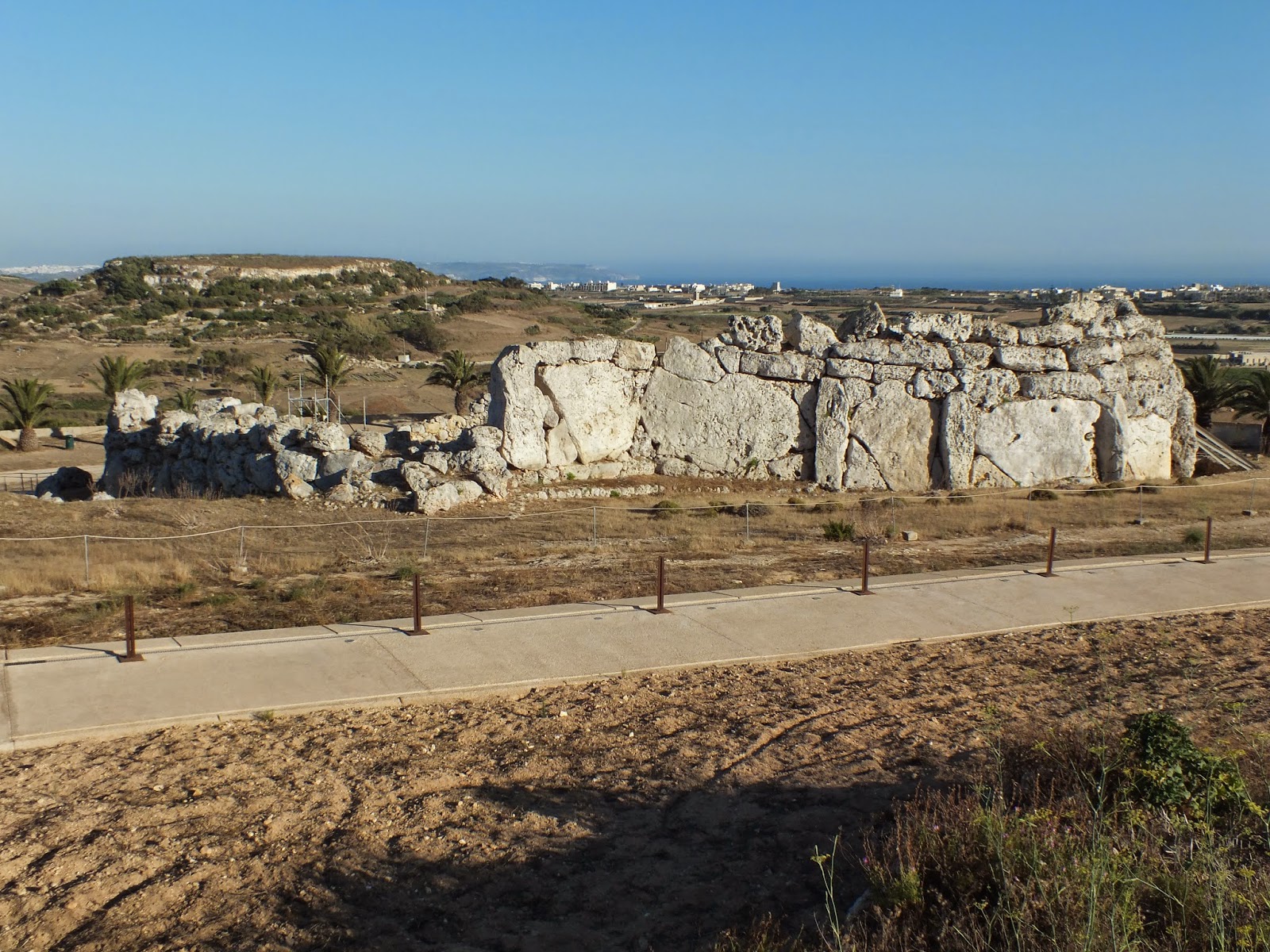 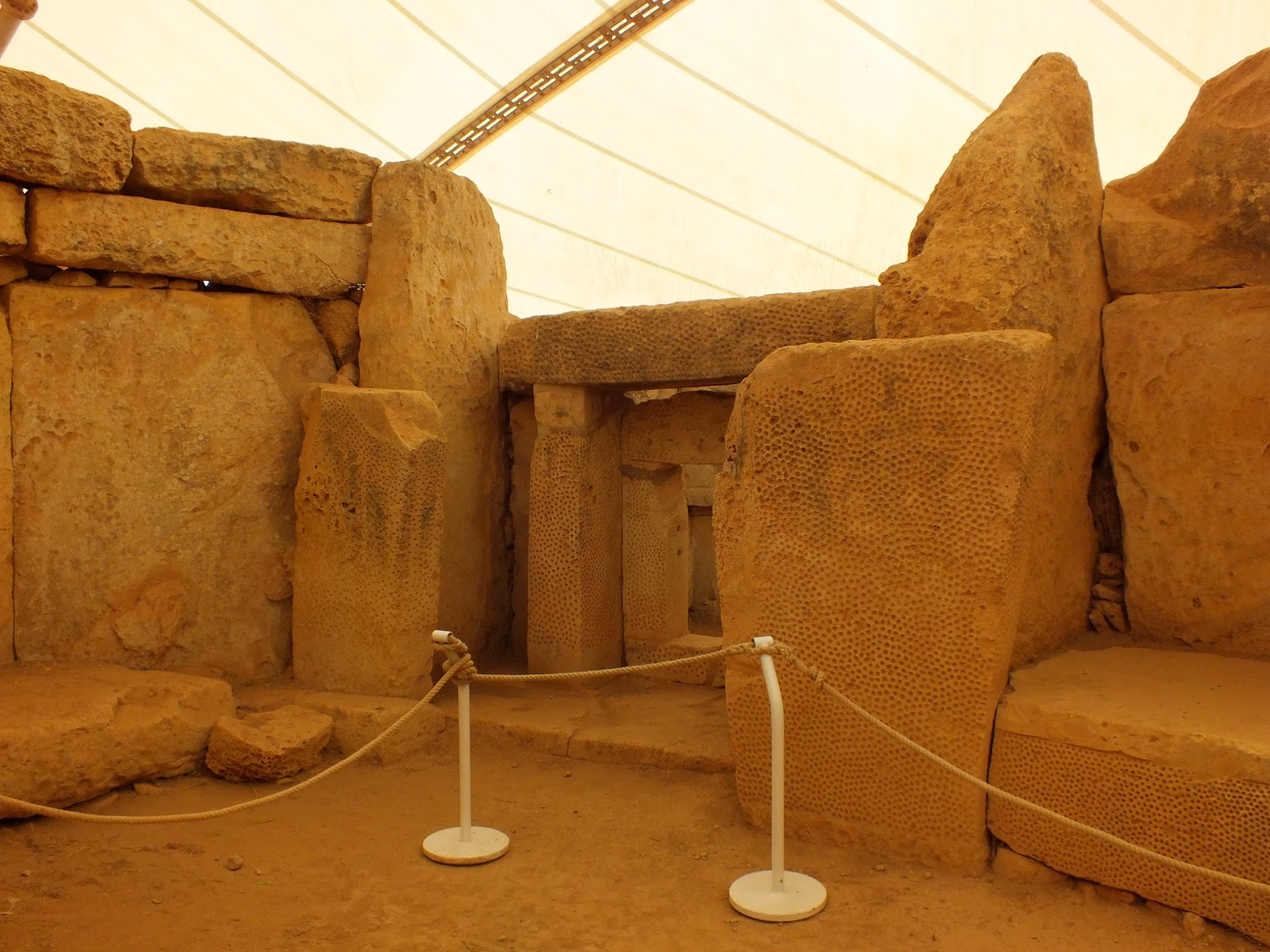 The Neolithic temples of Ggantija and Mnajdra

My role, working with other palaeoenvironmental specialists, is to reconstruct the past vegetation of the islands via pollen analysis, and to search for evidence of past environmental change and human impact on the environment throughout prehistory. This will be a challenge - pollen is generally best preserved in acidic, wet environments such as peat bogs (hence the reason for all the wet, muddy fieldwork) - and being situated in the Mediterranean and composed almost entirely of limestone, Malta is very dry and alkaline. However, previous work has shown that pollen does survive in Maltese sediments and, more importantly, that the assemblages recovered can be interpretable. I will need to make some adjustments to the methods that I use to process the samples in order to maximise recovery of pollen from them, and I'll need to get used to identifying degraded grains that have not been preserved under optimum conditions. There are also a few new taxa to learn, so I'm looking forward to it!

Several sediment cores had already been recovered by my colleagues before I began work on the project, so my trip to Malta in June this year didn't involve any coring. I had two tasks while I was there. Firstly, I needed to collect samples from various archaeological contexts at the Neolithic settlement site of Tac-Cawla on Gozo, where the archaeological team have been excavating for the last four months. Archaeological pollen samples can often give insights into the ways in which structures were used, and into the range of economic activities that were carried out, so I'm looking forward to getting stuck into those when they arrive back in Belfast at the end of July.

The second aspect of my work in Malta involved collecting modern pollen assemblages in order to aid interpretation of the subfossil assemblages contained within the sediment cores. This was tricky for a number of reasons - firstly, where to sample?! Although it is thought that large areas of Malta were probably once covered with Mediterranean sclerophyllous forest, characterised by Holm Oak and Aleppo Pine, it is doubtful whether any of this remains. Agriculture accounts for 51% of the land area of the Maltese Islands, with urban areas making up a further 22%. The remaining area is made up of small patches of semi-natural vegetation such as maquis, garrigue, and steppe (see here for descriptions of these habitats). Despite the lack of woodland, I still needed to sample these other habitats as they presumably would also have been present in the past. Large enough patches were often difficult to locate, and were usually to be found in remote areas that had somehow escaped cultivation. 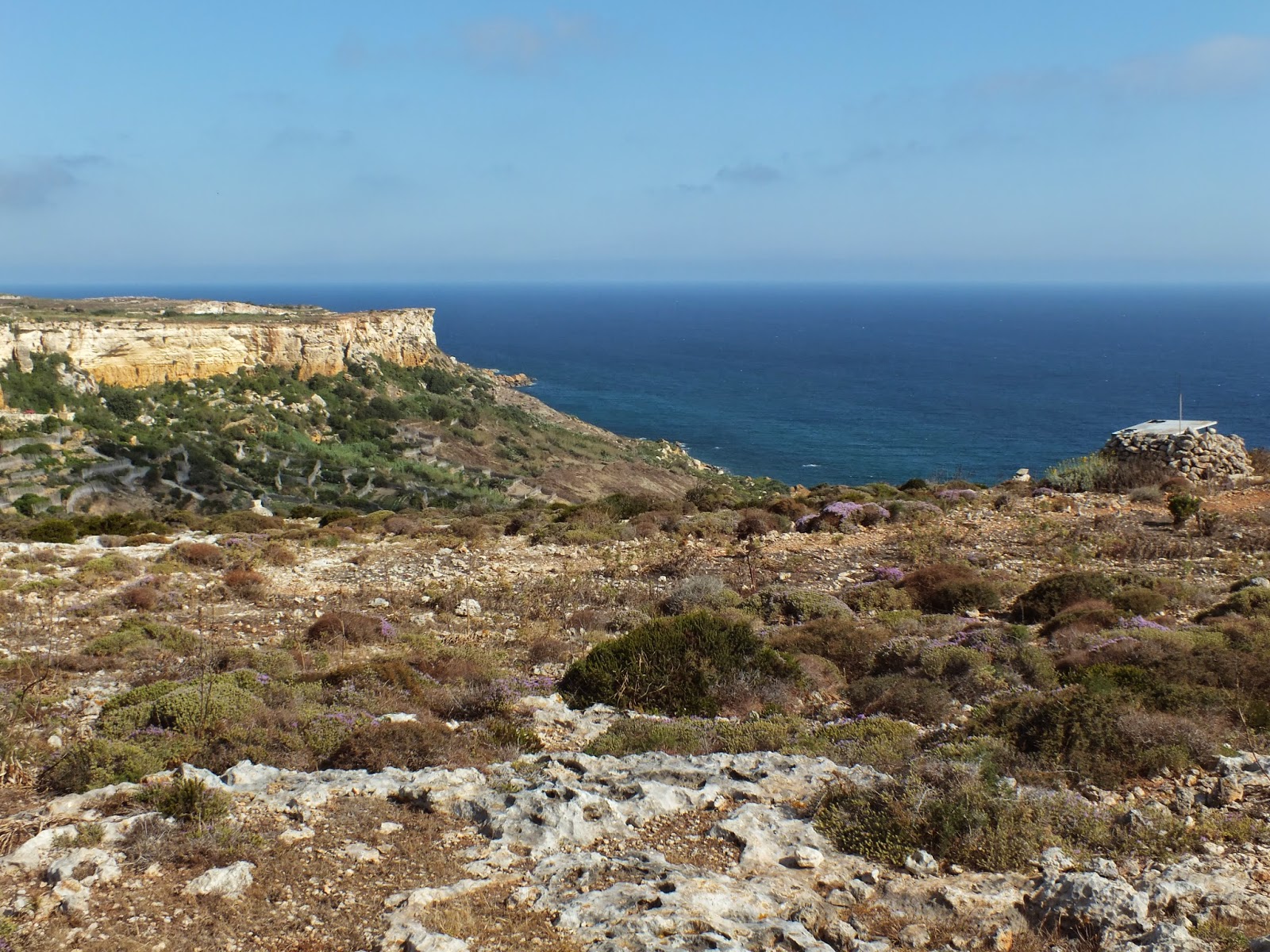 Garrigue vegetation with typical agricultural terraces in the background

The second problem to overcome was what to sample as the pollen trap. There are traps specifically designed for the purpose of sampling the modern pollen rain ('Tauber traps'; essentially plastic containers sunk into the ground so that the top is at ground level, with a hole in the lid to allow the pollen rain to be collected). Since there can be large variations in pollen production from year to year due to variations in seasonal temperature and precipitation, at least ten years' worth of data from these traps is required in order to provide an average, and I will only be working on this project for two years. To get around this problem, most researchers doing this type of work in northern Europe would sample a moss polster as these tend to preserve the last few years' worth of pollen rain, but unsurprisingly mosses are not particularly abundant in Malta! I had to sample the top few millimetres of soil (and even soil was hard to come by at some sites) - not ideal from a pollen preservation perspective, but pollen has been known to turn up in some surprising places, so fingers crossed that it will do in this case!

I soon discovered that my dreams of ditching the heavy rucksack were just that - in the intense heat of the Maltese summer, the amount of water that I had to carry with me more than accounted for the weight I'd got rid of by discarding all the cold and wet weather field gear! I had to adjust my fieldwork schedule to cope with the heat - normally I'd get out into the field relatively early, have a brief stop to eat a packed lunch, and then carry on until the work was finished and be 'home' for tea at a reasonably early hour. In Malta I'd be on my way by 7am and work until the heat became unbearable, then take myself and my helpers off for a long lunch and cold drinks in the shade somewhere (one of the advantages of working on small islands is that you're never far from a cafe!) before heading back out for a few hours in the late afternoon/evening. Luckily though, views like the one below and snacks of pastizzi (small pasties containing either cheese or peas, sadly not both together or the temptation to link to a certain Fast Show sketch would be too much) more than made up for any discomfort! 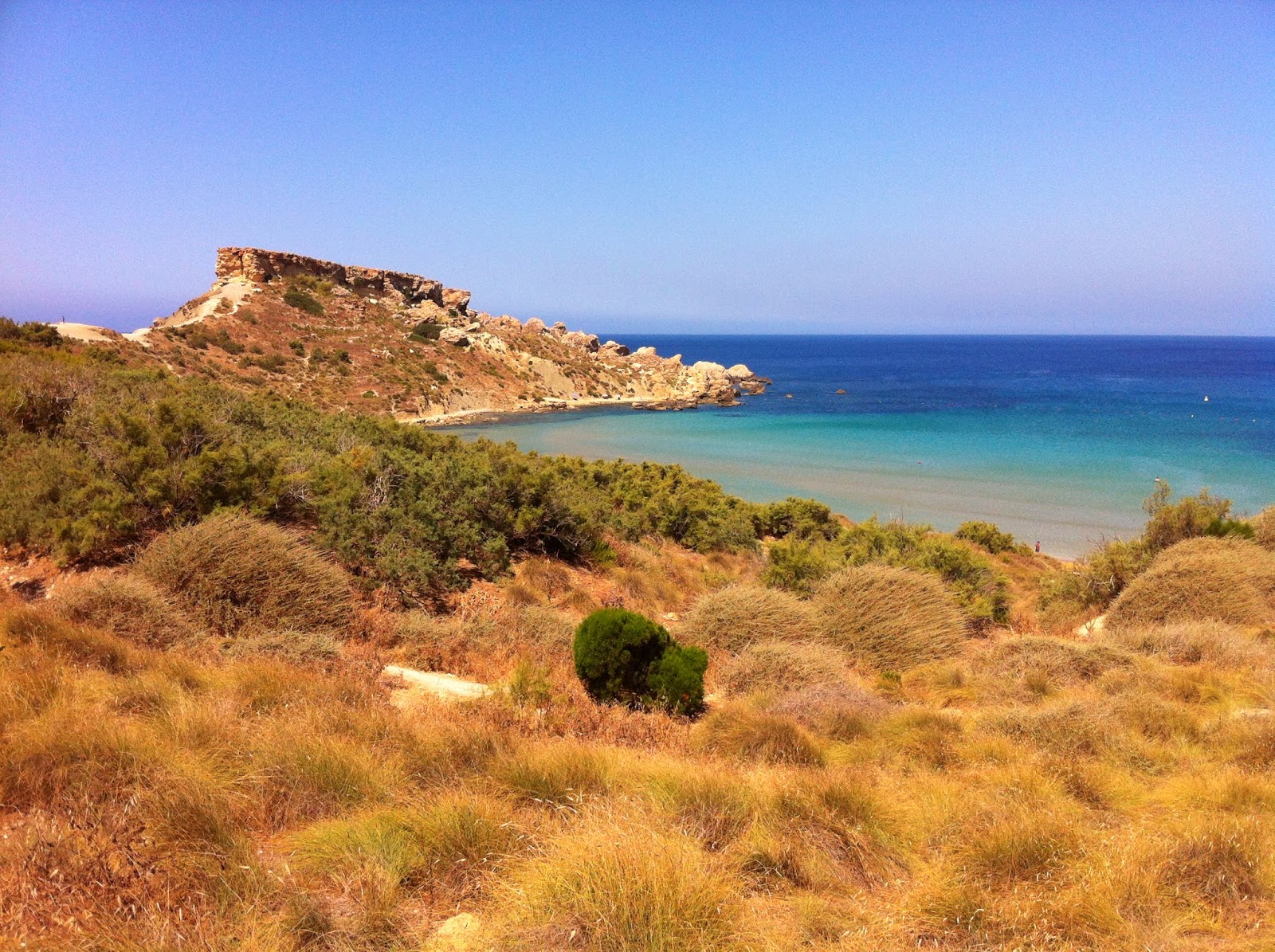 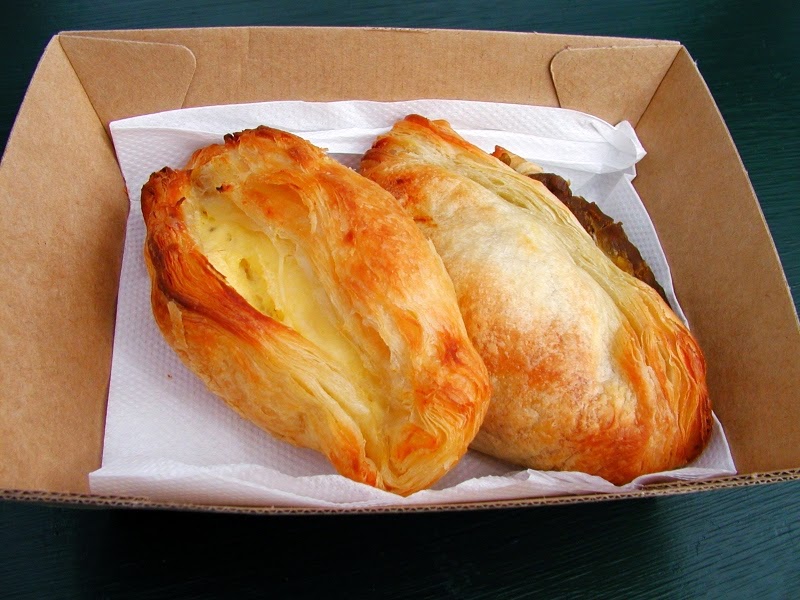 In spite of the challenges and adverse weather conditions, I generally consider fieldwork to be the best part of my job. It usually takes me about a week to recover from a trip and forget about all the problems, and now that I've been back in the lab/office for a couple of weeks, I often find myself wishing I was out in the field again. Unfortunately for me, a few weeks in the field can generate enough lab work and data analysis to keep me going for a year or more, so fieldwork isn't something I get to do an awful lot of! So for now, it's off to the lab to process all the samples I collected, then I'll be spending weeks at the microscope counting several thousand pollen grains...
Posted by Unknown at 11:00