How I became a historical geographer

By Briony McDonagh (@BrionyMcDonagh)
Hi all! This is the latest blog in our series about how we came to do what we do. My name's Briony and I'm a lecturer in human geography here at GEES in Hull. My research interests lie in historical and cultural geography, and I’m particularly interested in how issues of power, space, identity and gender have been played out in the British landscape over the last 1000 years. 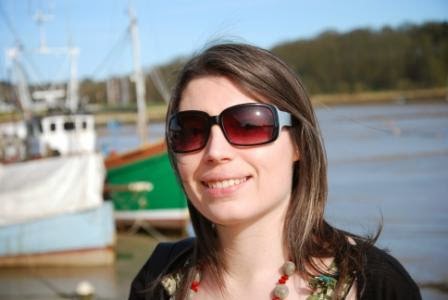 Like many of my colleagues I certainly didn't know I wanted to be an academic as a child, but I did like old and ruined buildings, Time Team and trying to figure out why the landscape looked like it did. My friends and I spent considerable amounts of time exploring an abandoned group of farm buildings not far from school (below), which it later turned out were 16th century in date and built from the ruins of a medieval monastery. For some reason I've long ago forgotten, I chose not to take History at GCSE, but ended up taking  a combination of A-level subjects which included both Geography and Classics. I applied for degree courses in a range of subjects but finally settled on a BA hons in Geography at University of Nottingham with the intention of applying for the Foreign and Commonwealth Office when I left. 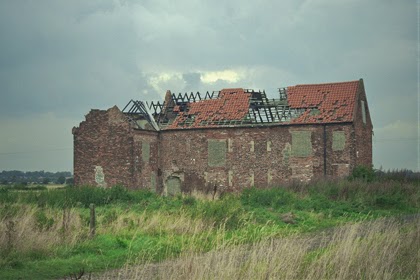 Haltemprice Priory Farm © Mr Gareth Parry LRPS
From: http://www.imagesofengland.org.uk/Details/Default.aspx?id=164688&mode=adv
That didn't happen, of course, principally because I got bitten by the research bug. I took second year courses which included classes on ancient woodlands, urban histories and the mappa mundi and third year modules which involved fieldwork on Italian environmental histories and the urban plan of Revolutionary Paris, along with archival work in the University of Nottingham's Manuscripts and Special Collections. I was hooked. I chose to stay at Nottingham to complete a Masters in Landscape and Culture – which included training in standing buildings and landscape archaeology – followed by 3 years writing a PhD on the historical geographies of the Yorkshire Wolds before c. 1600. It was during this time I developed my current interdisciplinary approach to the landscape combining documentary research, maps, landscape archaeology and theoretical perspectives drawn from cultural geography and elsewhere.
The day I submitted by PhD I was offered a job with the Victoria County History contributing to a volume on the history of Howden and the surrounding region. I did this for 7 months before securing a longer-term post-doctoral position working on an AHRC-funded project researching the long-term impacts of parliamentary enclosure on the landscapes and communities of Northamptonshire (you can find out more about the project here). As part of my post, I also taught in the History department at the University of Hertfordshire, teaching a second year social history course and a third year module on the history of the English landscape, something I absolutely loved doing. Whilst working through endless boxes of archival materials at the Northamptonshire Record Office I came across Elizabeth Prowse, a committed agricultural improver who radically remodelled her estate during her 43-year widowhood (for more on Prowse, see my chapter on her here). It was as a result of researching and writing about Prowse that I began to wonder about the contribution made by other elite women to managing and improving landed estates in Georgian England. We know many male landowners pushed forward enclosure and introduced agricultural improvements on their estates, but we know almost nothing about the part female landowners played in the changes which transformed the English landscape in the century after about 1730. Women certainly owned property as widows and heiresses and sometimes even wives, but how involved were they in its management and improvement? 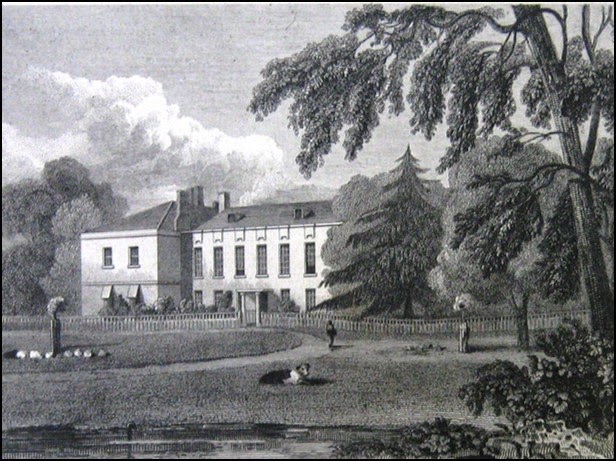 Wicken House (Northamptonshire), the home of Elizabeth Prowse
These are the questions that my current research project sets out to answer. Whilst still working as a post-doc in 2009, I secured a Leverhulme Trust Early Career Fellowship for the project which I then undertook at the University of Nottingham between 2010 and 2014 (the end date for the project was twice extended as a result of the arrival of two little people in my life). Running my own project was a great experience and I later managed to secure additional funding from the Arts and Humanities Research Council to write a book from the project. I transferred this grant to the University of Hull when I took up my post here in early 2014, and I’m now about halfway through writing up the book (to be published by Ashgate, hopefully in 2015).
So after almost 7 years of post-doctoral and fixed term posts, I finally have a permanent job. I have to admit that when I was completing my PhD, I never imagined I would spend quite so many years in post-doctoral positions. But those 7 years have given me the real luxury of being able to conduct a huge amount of research on a wide range of topics. In addition to my book on elite women, I'm currently working on projects on late medieval popular geographical imaginations, early modern anti-enclosure protest (see, for example, https://hull.academia.edu/BrionyMcDonagh) and the land rights movement in the 21st century (you can listen to me talk about the latter project here). I'm hoping having got all this research under my belt will stand me in good stead in my new job given all the demands on my time that a larger teaching role and increased departmental administration are likely to bring. All in, I’ve certainly got plenty to keep me busy for the next 7 years!
Posted by Unknown at 11:15