This is the fourth and final installment of our mini-series looking back over the year since the 5 December 2013 storm surge, which flooded many areas in the Humber Estuary and along the east coast of the UK. The first part, Modelling the Surge, looked at the research that has been conducted since the storm surge and has advanced our knowledge and understanding of these events in the Humber. Part Two, What we Learnt, focused on the 2014 Humber Conference and the lessons that have been learnt over the year. Last week guest blogger, Jazmin Scarlett, told us about some of the often unseen impacts of flooding, the mental health issues that can arise, and how communities band together after disasters.

For the final part I want to take a longer look into the future and try and predict what it has in store for Spurn. Spurn, or Spurn Point as it is commonly known, is a piece of land that resembles a spit, sweeping out from the edge of the Holderness Coast and round into the estuary. It is important for several reasons: it hosts the signalling station for the Association of British Ports (ABP), kind of an air traffic control but for shipping; it is home to lifeboat crews (formerly permanently, with their families, but now just the crews whilst on shift), providing them quick and easy access to the North Sea and the estuary; it is an important site for migrating bird life, being a National Nature Reserve owned by Yorkshire Wildlife Trust; it keeps the mouth of the estuary narrow – it is not known what effect a wider mouth would have but it is expected that it could lead to a narrower channel with implications for shipping; and finally, it acts to guard the estuary from the full ravages of storms and waves.

When evaluating the true impact of the 5 December 2013 storm surge one cannot ignore Spurn. One of the most dramatic scenes from that night was the damage done to the landform, as highlighted in the LiDAR images below. 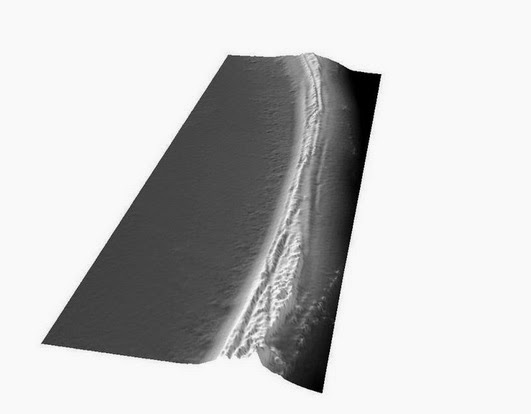 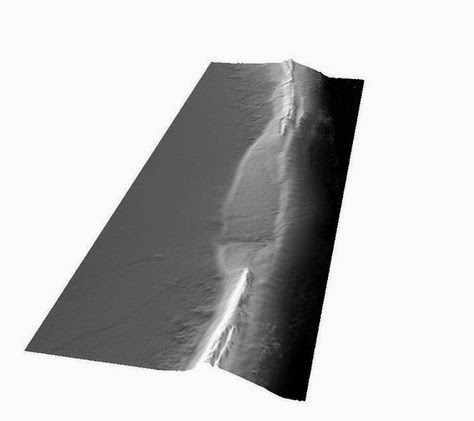 The breach at Spurn as shown by LiDAR data. Light Detection and Ranging (LiDAR) techniques uses rapid pulses of laser light to measure the elevation of the ground, both rapidly and in high detail. The top image shows the breached section of Spurn before 2013, and bottom image shows the same section measured shortly after the 5 December 2013 event
(LiDAR data collected and provided by the Environment Agency).

It is clear that extensive damage was done by the waves and high water levels during the storm surge. The water will have over topped the narrow spit of land that separates the sea from the estuary, and washed the embankment down towards the estuary – you can see in the image that the bank has gone, and a mound of material has built to the left, on the estuary side. 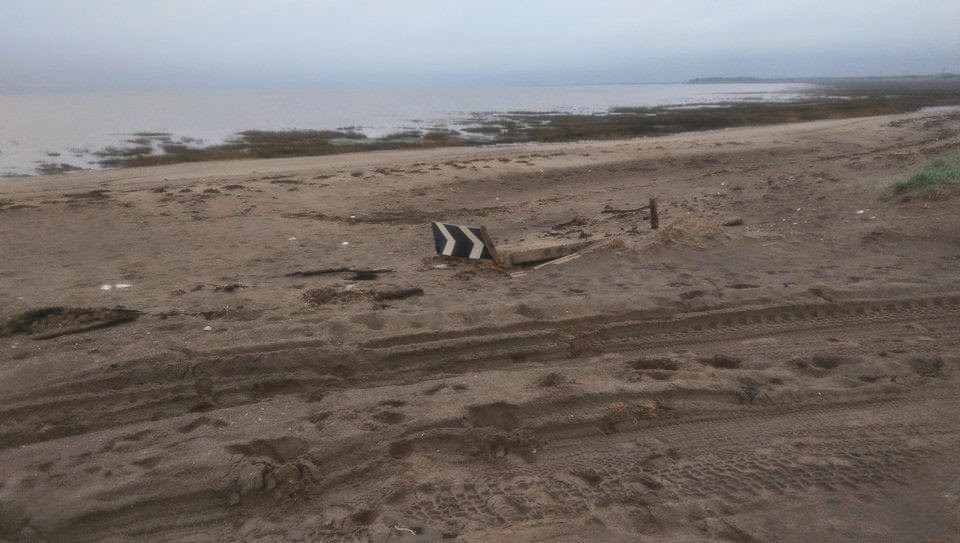 To understand the implications of this, and what the future might be, we need to delve into the past of Spurn. There are two theories behind the formation of Spurn which have emerged from two former University of Hull academics -
Until the 2013 storm surge both these theories were just academic. In his chapter of Neale and Flenley’s 1981 book, ‘The Quaternary in Britain’, de Boer recounts the recent history of Spurn and tells a tale of how it became a very man-made feature. He claimed that a cycle of destruction was taking hold in 1849, initiated by a violent storm (probably not unlike 5 December), and within a few years several wide and deep breaches formed along the narrow spit as it were then. 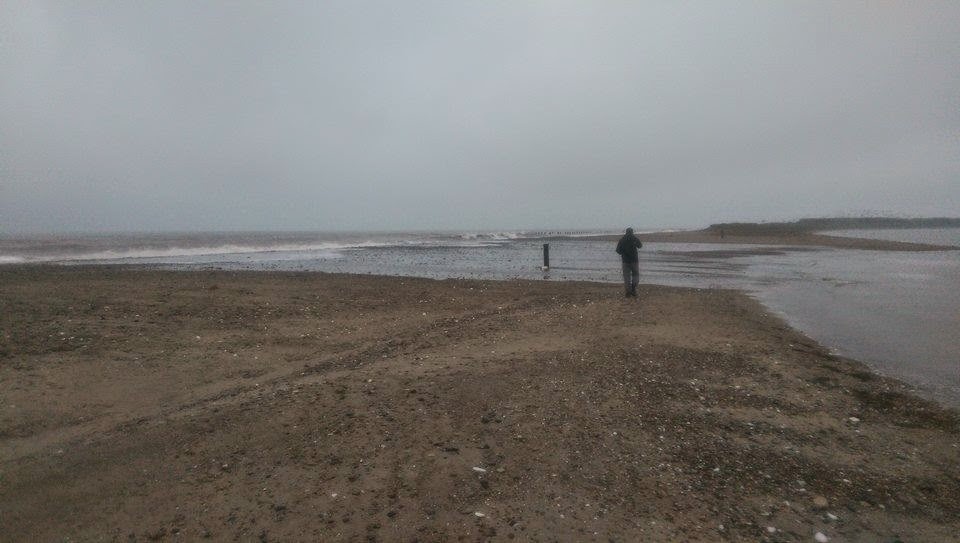 In response, and to maintain the lighthouse and lifeboat crews housed there, the government at the time funded works to fill the breaches and huge loads of chalk from Barton-upon-Humber were dumped into the channels to fill them. Spurn came into the hands of the military and prior to WW1 the defences were bolstered and groynes put in place to let the spit grow. During both World Wars Spurn played an important role, not least in monitoring for possible enemy U-Boats infiltrating the estuary. It even had a railway line until 1951, and withstood the infamous 1953 storm surge with little damage.

In the 1960’s Spurn passed from military hands into the Yorkshire Naturalist’s Trust and eventually Yorkshire Wildlife Trust’s ownership, and the focus shifted from maintaining the hard, man-made structures of Spurn to the conservation of its environment and wildlife – as such the investment and work done to retain the defences has significantly decreased. I am sure George de Boer, if he were alive today, would suggest that the breach is the beginning of the cyclic destruction of Spurn that was stalled in the 1840’s. 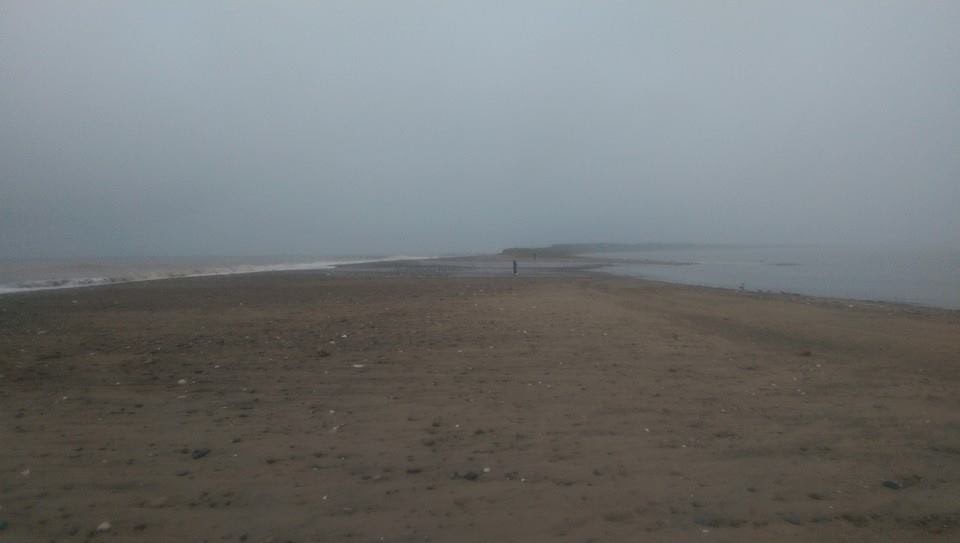 I’m more inclined to side with John Pethick, however. Even if we were to just let nature take its course, I cannot envisage Spurn being utterly destroyed and replaced further into the estuary, nor do I think the evidence is strong for that having happened in the past, but it is clear that without huge investment to rebuild the spit as it were before 5 December, the nature of Spurn is going to change and will be in flux.

To predict what will happen to Spurn in the future, as the Holderness Coast retreats further back and sea levels rise, we need to adapt our models to be able to simulate some of these scenarios. Equally, it is important that we turn again the research of George de Boer and John Pethick, dig even further and try to understand the nature of Spurn; what it is, how it formed and how it has changed naturally in the past. Understanding that is the key to understanding its future.

Thanks to the Environment Agency and the Geomatics Team for the provision of LiDAR data used in this blog. This data was provided to University of Hull as part of the Dynamic Humber Project.